A promising pianist preparing for a grand recital sinks into creative madness. He is haunted by the manifestation of his mental illness and faces the dilemma of jeopardising his relationships while creating the most beautiful music.

Hair and Makeup by Anna Mathiassen

Description: Collins Hans is a promising pianist from the conservatory who suffers from a recurring dream about a Dark Figure. He lives with his housekeeper and is in a loving relationship with his girlfriend. He has a secret. He takes medication to control his bipolar psychosis.During his final audition for an annual grand recital, he discovers the creative power he possesses when he did not take his medication.To his surprise, Collins gets the part, but the price is the encroachment of the Dark Figure.Soon, the pressure and delusions of people stealing his recital and the mysterious Dark Figure creeping closer into his life cause him to descend into creative madness. His relationships are in jeopardy while his piano playing is hauntingly beautiful.

(Makeup in headshots not done by AM Makeup Artist

Behind The Scenes of the Short Film Untuned from Anna Mathiassen on Vimeo. 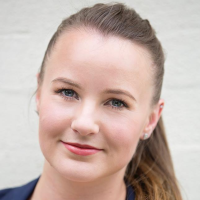 Anna Mathiassen
Anna is an internationally published, certified makeup artist trained at The Academy Of Freelance Makeup in London, UK. With roughly 5 years in the industry her experience ranges from fashion and beauty to Film/TV, and even includes special effects and Avant Garde makeup.